Now that hemp is legal to grow in Wisconsin, it’s offering hope to farmers during a tough time and consumers who say its products are life-changing.

Madison’s first hemp expo “It’s Hemp, It’s Fine,” brought legislators, retailers and consumers together at the Monona Terrace on Sunday with the aim of educating the public and keeping the momentum going in the right direction.

“I think that if I had to describe it in one word, it gives them hope,” farmer Nicole Hansen said.

It’s hope that’s needed during a difficult time for farmers.

“The farming community is having serious challenges,” Wisconsin Hemp Alliance President Rob Richard said. “We’re in the fifth year of an economic downturn in the ag community.”

“This year, there’s a sixfold increase,” he said.

Hansen wants to see the state set up the infrastructure for farmers to test the quality of their hemp products, but as a farmer herself, Hansen gets the potential and excitement for hemp within the agriculture community at the hemp expo.

“I think farmers are excited to, one, get back to their roots,” she said. “We had the industry here in Wisconsin in the ’30s and ’40s.”

Hansen also understands the hope sprouting in other communities. She said CBD, which is derived from hemp, helps her 11-year-old son.

“We’re always looking for alternative methods to help with his autistic behaviors and with his seizures,” she said. “It’s freedom for the whole family.”

“We started seeing a lot of impact with CBD and hemp in stores, with chronic pain, stress, anxiety and depression, to the point where we wanted to take the next step and be an educator in the community,” said Tim O’Brien, owner of The Healthy Place, formerly Apple Wellness, a chain of area stores that sell natural products.

“When I was 4 years old, my mom fought through cancer, and all of us kids watched that process,” O’Brien said. “Much of her recovery was through the natural way. Watching that happen, I grew up with the passion to educate on those topics.”

O’Brien organized the hemp expo, hoping to educate the community on hemp and hemp products containing CBD, which are legal as long as their THC content is under 0.3 percent. THC is the active ingredient of cannabis.

“This is a paradigm shift in Wisconsin,” Richard said.

New hemp legislation introduced Friday from state senators, including Patrick Testin, aims to meld state law with the 2018 federal farm bill, which among other things, removes hemp from the Controlled Substance list and makes hemp eligible for crop insurance.

Testin’s legislation would also create truth-in-labeling laws for hemp products to weed out the bad.

“There are some bad actors out there, and we’re trying to fight against them,” Richard said. “The fact that some products maybe have more than 0.3 percent (THC), maybe some products have heavy metals in them, maybe some products don’t have any CBD oil whatsoever. That’s the thing we really need to push with law enforcement is truth in labeling and making sure what people are buying is what they expect.”

With the new federal laws opening up possibilities and with word spreading about hemp, the industry is only expected to grow.

“As people become more and more educated, there will be more acceptance,” Hansen said. 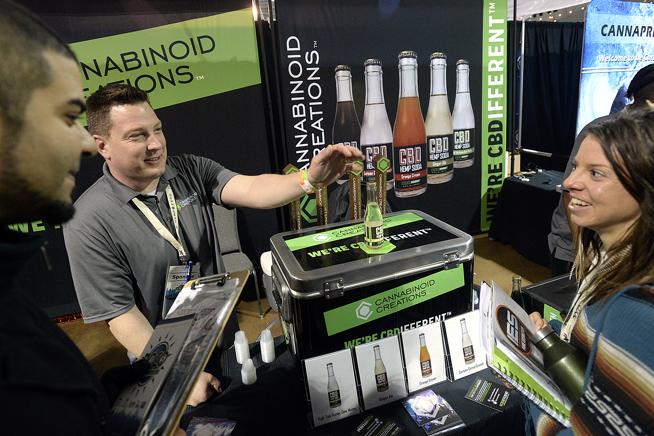