The Ohio Senate has unanimously passed a bill to legalize hemp and hemp-derived cannabidiol oil and create an industrial hemp program in the state.

The bill would allow for cultivation of hemp as long as it contains less than 0.3 percent of THC, the psychoactive ingredient in marijuana. The legislation comes after a 2018 federal farm law reclassified the cannabis plant as a commodity rather than a drug.

Both farmers and retailers say the legislation could result in new jobs.

Fiber from hemp can be used for clothing, cosmetics and rope among other items.

The bill would require Ohio’s Department of Agriculture, governor, and attorney general to develop a plan to regulate and license hemp.

It now goes to the House for consideration. 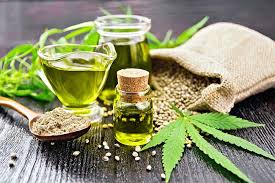