Rob Barley, partner of Star Rock Farms and chairman of the Pennsylvania Milk Marketing Board, said it’s been a “tough” several years for the industry.

Dairy farmers continue to work through a stretch of at or below cost prices in the dairy market.

As some farmers search for additional revenue, could the now-legalized hemp crop be an option?

Barley said they have applied and received a state permit to potentially grow hemp.

He believes it offers an opportunity.

“I think it’s coming. Actually, I don’t think, I’m sure it’s coming. But as of today, it’s somewhat of a challenge,” said Barley.

The challenge, he said, is a limited number of hemp growing contracts on a small scale, right now.

He said the bulk of the current interest is in the ability to produce CBD oil, an advertised medicinal supplement, through Hemp.

Barley said a farmer needs to evaluate acreage and labor before committing to growing the crop, made legal by the 2018 federal Farm Bill, because it requires intensive labor.

“It’s not ideal, necessarily, for large acreages but may work for small, smaller operations and may be a way for them to get a little extra income to help them through,” said Barley.

As the potential for a Hemp market continues to develop, Barley said farmers need to know if they can sell or grow hemp before investing in it.

“There’s really no hemp marketplaces out there that you can specifically go to tomorrow and say, I got hemp, what are you going to give me for it?” said Barley.

Lisa Graybeal of Graywood Farms said they, as a farm family, aren’t considering growing hemp “in the near future.”

“This is something that needs to be tried by a few first to see how it goes. [There are] not many local markets for hemp products but they are gaining a little traction. It’s a wait and see crop,” said Graybeal.

“Anything new has a learning curve, can be expensive and have unexpected results…Perhaps once it becomes a more established crop, it could be something worth consideration to help diversify your farm,” said Graybeal.

Shannon Powers with the state Department of Agriculture said there are still a number of unknowns about hemp after researching it for a couple years.

She said they’re hopeful a market can rise through a number of hemp uses, including fabrics, building materials and auto parts.

He said their permit becomes official once they official plant hemp.

He explained that the process requires site specific markings, including the latitude and longitude of the growing site.

He also said testing is required to ensure the plants are at an appropriate level of THC.

He believes Pennsylvania has an opportunity to take the lead, nationwide, when it comes to growing the legalized crop.

“We just need to be careful and make sure it’s done correctly and you know, also that you have a quality product and that meets the market’s demand,” said Barley.

He said he expected hemp growing season to come in mid- to late May. 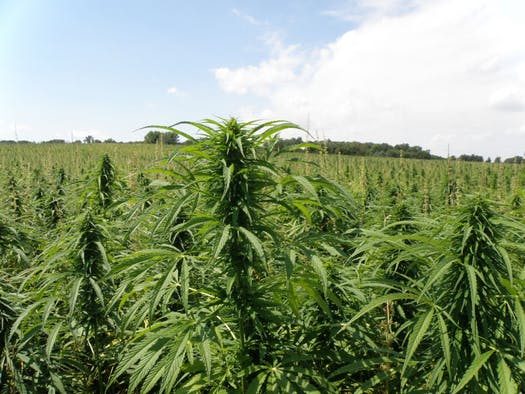