Urban farmer and longtime Growing Power leader Will Allen has launched a new venture in the growing industrial hemp market.

Allen founded and ran urban agriculture nonprofit Growing Power for 23 years before its board decided in fall 2017 to dissolve the organization. Since then, Allen has worked to launch his new business, which sets itself apart in the burgeoning cannabis market by using certified organic hemp seed in certified organic soil.

Allen grows the hemp at his Oak Creek farm and has two employees, he said.

Wisconsin lawmakers first approved use of CBD oil in 2013 under limited circumstances for those with seizure disorders, but allowable uses were expanded in 2017 to include certain medical conditions with a certification from a doctor. Also in 2017, Wisconsin lawmakers approved the creation of a pilot program for industrial hemp production.

Allen signed up to grow hemp shortly after the law passed in 2017, but he has taken time to familiarize himself with the plant.

“Before doing anything, I always want to research to make sure I know how to do it,” Allen said. “I took my time and learned about the plant and decided to produce some hemp oil with the plants I had.”

As a particularly absorbent plant used for soil remediation, hemp pulls chemicals and toxins from the soil in which it’s grown. That’s why it’s important for consumers to use CBD made and grown from organic hemp seed in organic soil, Allen said.

“You have to really be careful; if you go into a shop, you need to know where it’s coming from and where it’s grown,” Allen said.

Allen sells Will Allen’s Beyond Organic products online and at hemp workshops he holds in the community. Allen is also working with psychiatric health care providers to offer CBD products as a treatment option for patients. He said CBD products are useful for a variety of conditions, ranging from anxiety to arthritis to PTSD.

“It’s a natural remedy for common ailments,” he said. “I know, personally, it’s helped me with my arthritis … I’m trying to educate the community about it without pushing it down people’s throats.”

Allen considers the new venture an extension of his lifelong work of connecting communities with fresh, locally-sourced food.

Allen envisions opportunities for others in the community to create indoor greenhouses in abandoned buildings, particularly in Milwaukee’s central city. He wants to serve as a consultant for those looking to build growing systems.

“Milwaukee is an ideal city for that because of the number of old empty buildings we have, like in the 30th Street Industrial Corridor,” Allen said.

Throughout his career, he’s garnered national recognition for his leadership in the urban agriculture movement, including receiving a $500,000 genius grant from John D. and Catherine T. MacArthur Foundation in 2008, joining First Lady Michelle Obama in her Let’s Move! Campaign in 2010 and being named one of the “World’s 100 Most Influential People” by Time magazine that same year.

Mounting financial concerns, however, prompted the Growing Power board to dissolve the corporation in late 2017.

Allen owned the organization’s headquarters at 5500 W. Silver Spring Dr. on Milwaukee’s north side from 1993 until 2014, when he sold it to the former organization’s board. A new business, Ultimate Farm Collaborative Inc., has since taken over the site with plans to create a collaborative for farmers. Allen said he remains involved in that work. 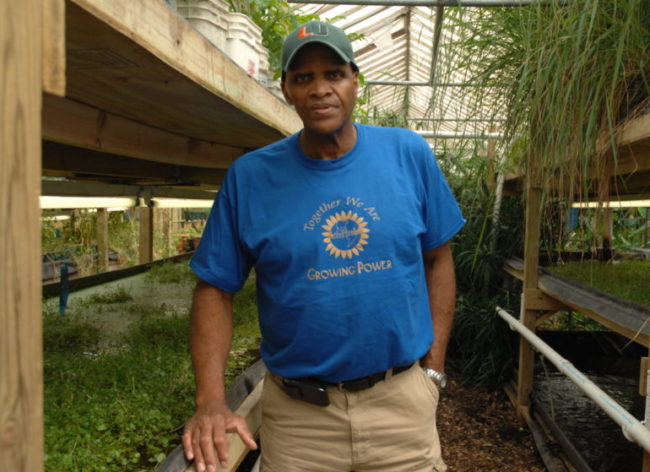